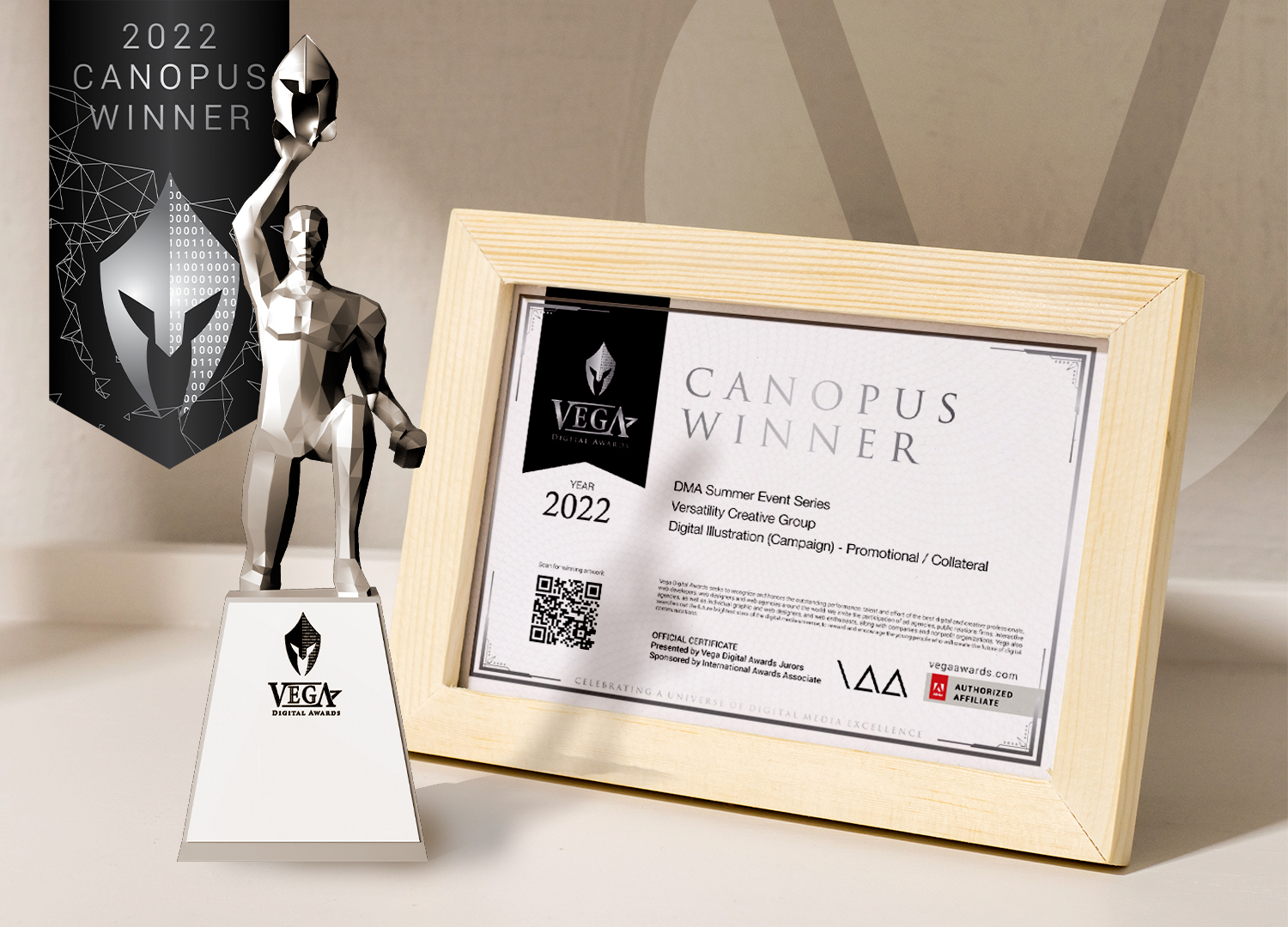 The 2022 Vega Digital Awards has come to a close, with its jury announcing the official list of winners after much deliberation was given. Over 1,500 submissions were entered into the competition from 24 countries, demonstrating the influence of the awards in honoring excellence in the digital industry.

This year, Versatility Creative Group landed the Canopus (highest-tier) award in the competition. The winning work was created by Lead Graphic Designer Shelby Merrick for the Downtown Merchants Association in Downtown Castle Rock.

“It’s a hard-earned privilege to work within the design industry and even more so to be trusted with creative artistry. As a natural-born doodler, knowing what I do for a living now would have my child-self jumping off the walls. The recognition of the merit of my artwork is elating, and I am honored to have been chosen for this award,” said Merrick.

The Vega Digital Awards is hosted by the International Awards Associate (IAA), which oversees a series of award competitions to honor worldwide professional excellence. “As the world progressively reopens itself to travel, ushering in yet another age of change, we are delighted to see digital professionals thrive in these times,” Thomas Brandt, the spokesperson of IAA remarked. “With the level of competition we’ve seen, we are excited to see what the future has to bring.”

IAA upholds impartiality in its judging process by onboarding jurors from an array of industry professionals, whose works exhibit high standards of excellence. Paired with strict assessment criteria, the competition ensures that only the best of the best lands a win.

See the award-winning series below:

Every single entry was assessed using standards found within their respective industries to ensure impartiality. Furthermore, blind judging is exercised, whereby jurors assessed each entry purely on its own merits.

“It is a privilege that our platform has been able to continually promote and encourage excellence within the digital industry,” Thomas said. “With times changing yet again, we feel that it is extremely important for us to acknowledge and honor these individuals, as they will be the ones at the forefront leading the pack.”