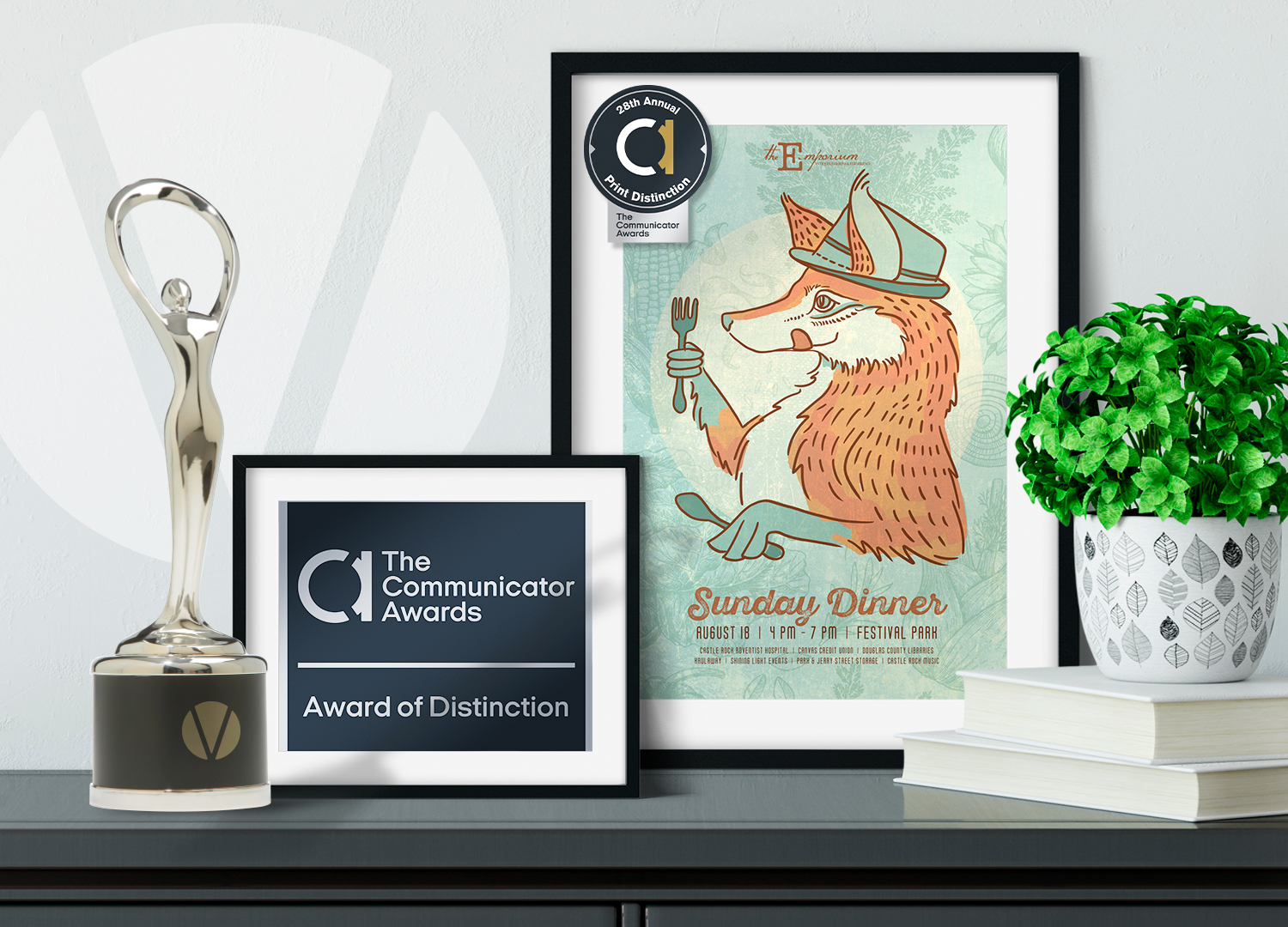 The winners of the 28th Annual Communicator Awards have officially been announced by the Academy of Interactive and Visual Arts. With over 5,000 entries received from across the US and around the world, the Communicator Awards is the largest and most competitive awards program honoring creative excellence for communications professionals.

Versatility is proud to announce that we have earned the AIVA’s “Award of Distinction” at this year’s event. The winning entry was designed by Lead Graphic Designer Shelby Merrick for Downtown Castle Rock’s “Sunday Dinner” event. The award was given for the Print & Design – Poster category.

“Coming in as the new managing director of the AIVA, I was thrilled to be greeted by such a high level of creativity amongst the submissions for the 28th season of The Communicator Awards’, said new AIVA managing director Lauren Angeloni. “I want to congratulate all of the honorees for their well-deserved wins. I also would like to extend deep and sincere thanks to our jurors, who have devoted a massive amount of time to give back to their communities in the evaluation of so much amazing and powerful work.”

Industry recognition is always appreciated, but in a competition that features such prominent brands, judged by professionals in  the world’s best advertising firms, earning an award gives us even more reason to celebrate.

The Communicator Awards are judged and curated by the Academy of Interactive and Visual Arts (AIVA). The AIVA is an assembly of leading professionals from various disciplines of the visual arts dedicated to embracing progress and the evolving nature of traditional and interactive media. Current AIVA membership represents a “Who’s Who” of acclaimed media, advertising, and marketing firms including: GE Digital, Spotify, Condè Nast, Disney, Republica, Majestyk, Fast Company, Upstatement, and many others. 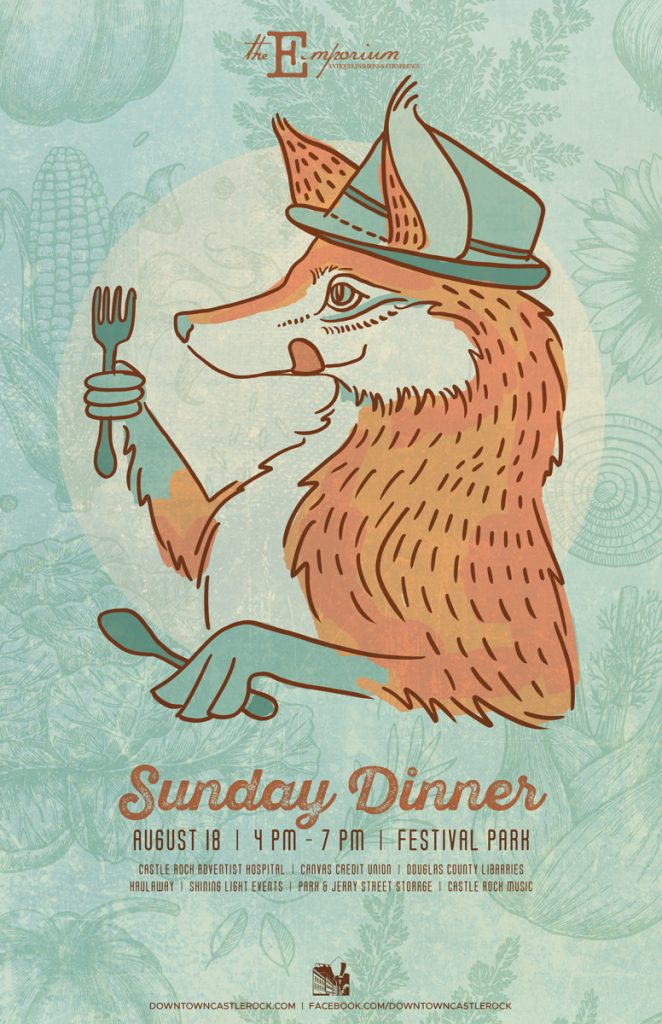 Executive Producer Sandy Michael noted that “we love what we do and have such a great, dedicated and creative team that really puts their heart and soul into all projects. This is our 2nd award win this season and I’m expecting a hot awards season for us this year! I am thrilled that the hard work and creativity behind this work is being recognized in such a competitive arena with so many big household names. It’s a great honor!”

With several award events to come this year, and many more potentially award-winning projects underway, Versatility looks to solidify its role as one of the go-to creative marketing agencies in Colorado — providing video, graphic design, websites, social media and SEO/SEM to clients around the state.

To see the winning entry and more of this year’s winners, visit communicatorawards.com.